How different are men and women tick?

98.48 meters - that is the current world record in javelin throw. With the men, mind you. The furthest distance a woman can throw is just three quarters of that. The Czech Barbora Špotáková threw the spear 72.28 meters in Stuttgart in 2008. At least for the group of top international athletes, it can be said that men throw farther than women.

So far, so unsurprising. After all, men are, on average, slightly taller than women and have more muscle mass. The example of throwing is interesting because scientists often mention it when they are actually talking about psychological or cognitive differences between men and women. In 2005, University of Wisconsin-Madison psychologist Janet Hyde published the largest ever survey of gender differences in thinking, communication style, and personality. It listed 46 meta-analyzes that incorporated data from thousands of studies. And the throwing power also made it into this overview - under the heading "Movement behavior". 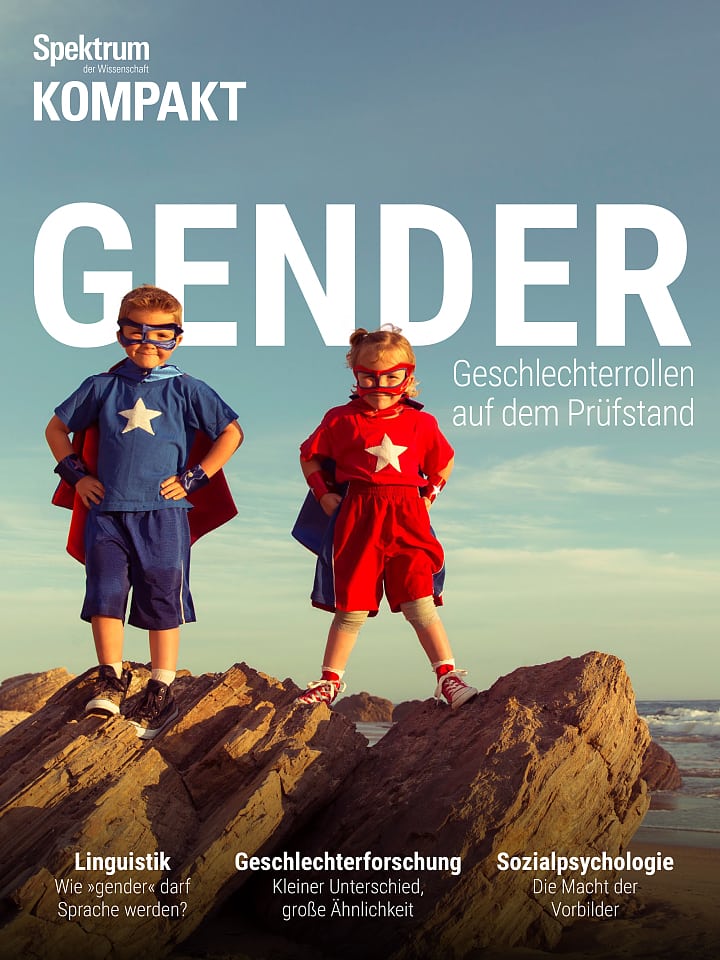 This article is contained in Spectrum Compact, Gender - Gender Roles Put to the Test

Even today, Hyde's hard work is regarded as the most important reference in the question of how the psyche differs between men and women. The better litter performance of men is often mentioned because it is by far the largest gender difference that can be found in Hyde's overview. All psychological differences that have been investigated so far, on the other hand, are significantly smaller. When it comes to non-binding sex, for example, the discrepancy - or more precisely: the effect size - is only half as large as when throwing. And when it comes to the propensity for physical violence, it's only about a quarter. Hyde found no or almost no difference in 80 percent of the variables. Their central finding was therefore: There are significantly more similarities than differences between the psyche of men and women.

"Men and women are more similar than they are different," says neuroscientist Marco Hirnstein from the University of Bergen in Norway. "There is no difference in the vast majority of cognitive performance and general intelligence - or only one so small that it should have practically no meaning at all."

There are really clearly demonstrable differences in the cognitive area, for example, when it comes to spatial imagination. Researchers have repeatedly investigated "mental rotation" in particular. When it comes to turning a three-dimensional figure in the mind and specifying how it should then look, male test subjects regularly have the nose ahead. Women, on the other hand, usually achieve better results in language tests, for example when they have to find many different words that start with the same letter.

Men and women are more similar than they are different

In both cases, however, it is again true that the difference is not as great as many think, says Hirnstein. You could compare that with the difference in body size. Women are on average 1.67 meters tall, men 1.80 meters. "Compared to many psychological differences, that's a very big effect," says Hirnstein. With the mental rotation it is only half the size. "It's like if the average woman were 1.73 meters tall; the average man 1.80 meters. You can see this difference with the naked eye, but it's not that we're talking about two completely different species," says the neuroscientist .