Can federal prisoners be considered slaves? 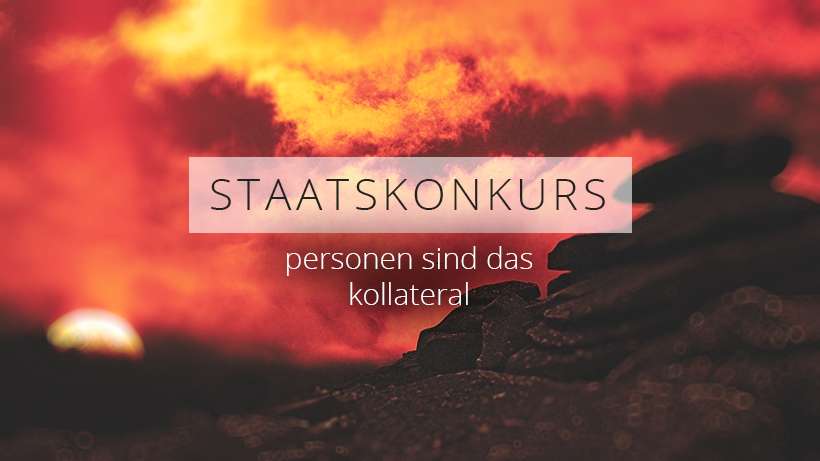 State bankruptcy? What's this? And what does that have to do with commerce? What effects does this recurring national bankruptcy have on people?

Before maritime law (NOT maritime law) took its place and a water level marker was set everywhere, land law or community law was in force. So-called "titles" on a country did not exist, the value that a family or person possessed lay in or on the country. There were no papers or the like in relation to the land, except perhaps a family Bible in which it was recorded in writing who inherited the land and when he inherited it.

“At some point”, however, certain “people” entered the “world playing field” and suddenly there were so-called “titles” relating to the country. These titles suddenly secured the right to the land. From this point on, the paper became TRADABLE. In land law this was impossible, because the land belonged to the people and it could not be used to settle any debt.

So where did this game begin? Or from where did this evil spread? If we skip the church (Vatican, black nobility, Venice, Hanseatic League, etc.) and deal with the "modern times", then the root of this evil can be found in the so-called "United States OF America" ​​(the writer refers to NOT to people living in the United States or America as such).

To shorten this text a little, the "United States OF America" ​​play a special role on the "World Playing Field", not only in relation to America, but also in particular to the area designation "Germany" or the BR (Federal Republic) as well also GERMANY. Everything that happens or is “played” today in “Germany” or elsewhere has its cause where private has become too public (titles, securitisations, tradable securities, etc.).

In 1606, King James I (King of Scotland or England and Ireland) founded the Virginia Company. A look at the charter is enough to roughly understand the extent or evil. This company had a very small area in America at that time, but where it also had jurisdiction. Originally, the aim of this company was the precious metals of America (gold, silver, etc.), because England was dependent on the import of these goods, since the goods bought by England had to be paid for in gold abroad or these countries preferred gold as a means of payment . Now it turned out that America had very little of these precious metals to offer. The bottom line was that the Virginia Company went bust.

In order to be able to look at the further “drama” in depth, so that the interrelationships result in an overall picture, the writer of this article would now have to go into detail on the subject of “civil war” and slavery (northern and southern states). Since this execution would be very long, the writer shortens the text at this point. The short version, the civil war was not a civil war in the sense that it is conveyed to people today. So-called "slavery" was not the reason for this war either. With regard to so-called slavery and how it is presented to us today, one could write a lot, because these historical representations are far from any reality.

Anyone who has read this text up to this point will quickly see what the real reason for this war was. Power and profit, because the US states / colonies were still very free in their freedom of action at that time, which, however, the Virginia Company / the United States of America did not like or the Crown (the City of London) did not like because of their influence disappeared watching. And what helps in such a moment? Right, a "little war". So it was a war of the federal government (United States OF America, formerly the Viginia Company) in association with some federal states against the US states / colonies that had turned away from the Union (justified and absolutely understandable). The United States OF America stand for the power of the British and their influence (City of London). Anyone who still believes that the "southern states" were the "bad boys" in this game should take a closer look at this part of the story. Here, too, as almost everywhere, history was falsified / re-invented and rewritten. It should be noted that the USA is NOT the US and when you hear the term "the crown", it does NOT refer to the so-called royal family, but to the City of London.

And the result was now? Everyone involved was in debt. Both the federal government or the USA (the former British Virginia Company, the later profiteers in this "game") and the states, because war requires money. And where do you borrow this money? For example with the Rothschild bankers? But what happens now when the burden of debt is so great that it can no longer be paid in a normal way? A new kind of reorganization must be created. And what did this new reorganization look like? You just took the land (the TITLE) as collateral for the debt. Not ONLY the land, but also what IS in the country. And who organized this bankruptcy reorganization? The United States of America or Washington District Columbia (originally the British Virginia Company).

Since then everything has been under "Title", the land and everything that is on the land, because it is assumed that EVERYTHING that is land and is ON the land belongs to the United States of America in relation to America (Chapter 11 Bankruptcy Code). So a measure for reorganization with the purpose of financing so that people were able to go on living. The bitter aftertaste is that from now on people were or are subject to the "system", because everything that belonged to people up to then was now under "title" and is therefore public.

So why is the state bankruptcy so interesting for certain “elite” circles? Because with a state bankruptcy new values ​​can always be created or put under "title". Everything that is created by people through their labor is repeatedly placed under a "title" and thus enables new fictitious values ​​to be created again and again, as these "elite" circles keep their paper ("in God we trust") or book money can issue.

According to international "law", however, a state bankruptcy (everything that is public, companies, etc.) must be ended after 70 years or the debt must be forgiven from then on, which also eliminates the interest burden. And how do you end such a bankruptcy so that this “game” can start all over again? For example with a war.

For one or the other reader of this article, the following may now “read far from reality”. The so-called 1st World War 1914 was a “test run” for the so-called 2nd World War in relation to the state bankruptcy. In 1913 the Federal Reserve Act was created and in 1933 the Banking Act was passed. With or after the so-called 2nd WW (are there any peace treaties at all?), A new bankruptcy should then be initiated, which was also done (state bankruptcies do not occur overnight, they are prepared for years). Only this time they went one step further, now it wasn't just the land that served as collateral, now humans were also used as collateral. The human body or its creative power (labor) were certified, made into a tradable security.

Why wasn't that implemented in 1913 with the Federal Reserve Act? Because a fundamental change by law that affects the public or affects society as a “whole” must “rest or mature” for 20 years. If there is no resistance, this law takes effect after 20 years, in the case in 1933.

Now one or the other reader may think, how is such a thing possible? Why does a person allow something like this to be done to himself? A comparison with the "frog in hot water" may help here. It was SLOWLY made palatable to people to adopt this form of "law". In addition, after WWII, people were physically and mentally exhausted, they wanted peace and normalcy. And how did you manage to get people to adopt this form of "law"? About the PERSONAL STATUS. Social insurance, health insurance, paid vacation, pension ... PRIVILEGES is the magic word here.

Now you might think that's okay like that ... you do a JOB (few people feel a job these days anyway, job-calling) and you get a pension, social security or maybe the PROPERTY of a civil servant, etc. No, that's not in Order. Why not? Because everything that a person “pays” about the PERSONS today (pension, health insurance, etc.) is already PREPAID. Why is that prepaid? Firstly, because people ALWAYS make advance payments with their creative power (whether mentally or physically) and secondly, because with the "title" on the PERSONS (who do not belong to you, NAME), securities are created (birth certificate) and these are traded as well as a trust is created. And what does a trade come up with? Profit. The writer of this article does not want to and cannot speculate how high the value of a PERSON is. In fact, it is unlimited, because human creativity is unlimited. However, values ​​are set, because these are needed in the double so that balance sheets can arise at all on the "playing field of commerce" or in a state bankruptcy.

Man, person or fiction?
Is man the person? No. Does man have a person? Yes. But why do people think that they are natural or legal persons? Because he believes it or out of ignorance [delusion]. A human…