What makes a novel worth reading

10 things that make a good novel 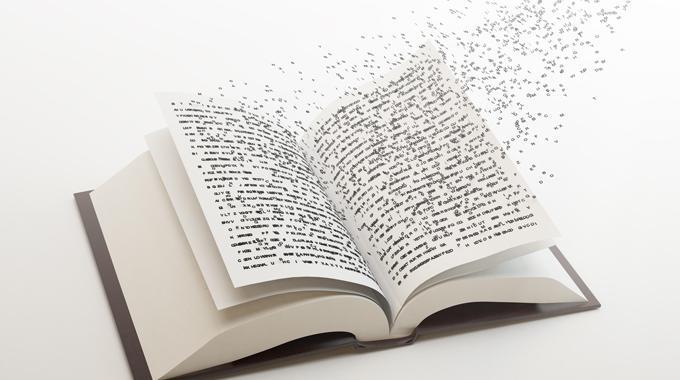 What actually makes a good novel? An exciting story, a personable hero and an engaging language are definitely a good start. But is that enough? These 10 things should definitely not be missing.

Of course, there has to be a good story. Novels focus on heroes who have desires and pursue their goals. The all-important question arises right at the beginning: Will Elizabeth Bennet and Mr. Darcy end up dating? Can Frodo destroy the Ring of Power in time? And will Pi and the Bengal tiger Richard Parker survive the shipwreck? It is this one central question that everything revolves around. Which builds up the tension and finally lets it rise to its climax. And which has to be answered at the end of the novel.

Every novel needs strong heroes who fascinate and arouse curiosity about their fate. Flat characters also make the story appear one-dimensional. Humans are complex beings - and so should the protagonists of our books be. The brave Katniss Everdeen isn't just a brave fighter who survived the Hunger Games. She is also a young girl who longs for security and is comforted by her little sister. And Kennedy Marr from "Straight White Male" is both a ruthless alcoholic who is not interested in the feelings of others and a writer who knows how to absorb feelings and quiet moments. They don't just have this one characteristic that sets them apart. They are complex, contradicting and evolving. Every hero has a desire, something to strive for. These can be very mundane things, but also, for example, the great love that Gatsby believes she has found in Daisy.

A good story does not make a good novel by a long way. It only captivates the reader if it is well told. The words have to carry him away and immerse him in another world. But no text that only describes events objectively can do that. Instead, the author should be able to paint with words, for example by using dynamic verbs that bring the story to life, reproduce the sensory impressions of the protagonists, describe places and objects with original comparisons and metaphors, or search for the one suitable word until he finds it has found. In front of the reader's eye, a picture must emerge that the author has painted with words.

An important part of any novel is a conflict. Usually this is triggered by opposing wishes or goals of the protagonists. Frodo and his companions try to destroy the ring of power, while Sauron wants to prevent this by all means. And many more arise from this conflict. Frodo fights against the influence of the ring and Sam tries to protect his friend from Gollum and thus gets between the fronts. Only a conflict increases the tension in a story - regardless of whether it is a conflict between several protagonists or the inner struggle of a hero.

Place and time significantly influence the atmosphere of a story. Does the story take place in medieval London, when the Great Plague killed almost 70,000 people in 1665, or is it settled in Tokyo, in 3000, when meter-high steel structures turn the city into a silver surface and people are no longer to be found on the streets. The description of the location has a big impact on the atmosphere of the novel. But other factors also play a role. If it rains in London, for example, this makes the situation even more pathetic. Bright sunshine in Tokyo, on the other hand, makes the city appear cooler. The mood of the heroes also adds to the atmosphere. The reader should be able to immerse themselves in the story and feel the atmosphere.

The narrator carries the story. He sets the pace, decides on the mood and colors the event with his thoughts. He can be neutral, act as an omniscient narrator or report from a person's point of view. How well the reader gets to know the narrator can be very different and depends on many factors: If he tends to be talkative and chatty, he prefers to remain in his observer role or is perhaps even so distant that he is ironic about the suffering of the protagonists can express.

In "Die Bienensterben", for example, a teenage girl appears as the narrator: “Izzy called me Marnie after her mother. She's dead now, well, they're both dead. Just so it's clear where I got it, my name. My mum had a boring name, didn't go with her at all. " Her words gush out of her. She doesn't bother to put this into order. She tells her story to the reader as if he were a friend to whom she spontaneously confides her thoughts. A completely different narrator, on the other hand, appears in "Outrage": "The first case of polio that summer occurred in early June, shortly after Memorial Day, in a poor Italian neighborhood on the other side of town." This narrator chooses his words carefully, takes the time to structure the story and remains factual.

It is crucial that the narrator is authentic and fits the story. A bad narrator can ruin the best story.

Readers are usually drawn into the world of the novel on the first few pages. Often the places are real. The story of “The Smile of Women” takes place in Paris, and Commissioner Kluftinger is investigating in the Allgäu. They are well-known places that make it easy for the reader to see the backdrop of the story. Well-researched details of the locations can also contribute to an accurate idea. But of course there are also plenty of novels for which places or entire worlds were invented. And not just in the fantasy area, in which Tolkien designed Middle-earth or Rowling brought the Hogwarts Magic School to life. George Orwell also describes a fictional city in "1984" that becomes the scene of his dystopia. The place can only become a reality through a detailed and authentic description.

Every good story has a theme. In “Lolita” it is the power of desire, the trilogy “The Hunger Games” is about the struggle for freedom, and Hosseini writes in “A Thousand Shining Suns” about the power of friendship. How the subject of a novel is defined also depends on the perception and interpretation of the reader. But a story needs a topic that touches and occupies the reader - otherwise the question inevitably arises: “Nice - but why?”.

A story doesn't always have to be original. Some motifs appear again and again in literature - in a modified form - such as forbidden love (Romeo and Juliet) or the hostile brother (Cain and Abel). And still they can be great novels. But originality is a good way to stand out from the crowd and surprise the reader. It is not for nothing that the story of Allan Karlsson, who climbs out of the window of the old people's home on his 100th birthday and escapes, has sold over 2 million times in Germany alone.

As with covers, there are trends in book titles. For example, titles with long subordinate clauses are currently increasing. In addition to “The centenarian who climbed out the window and disappeared”, there would be, for example, “The summer when my mother wanted to fly to the moon”. But regardless of “fashionable appearances”, the title of a novel should be able to appeal to the reader - by surprising him, arousing memories of other titles or generating associations that arouse curiosity. It should be part of the story and trigger something in the reader.

What other criteria can you think of? What makes a really good novel for you?

My name is Maren Kahl, I am 31 years old and work as an online editor for “What are you reading?”. I have always been fascinated by literature and language. Together with Hansel and Gretel I discovered the gingerbread house and with Karlsson from the roof I started my propeller and whizzed over the roofs of the city with my best friend in the world. During my German studies I read my way through the literary canon, loved Kafka and got bored with Fontane and Mann. Today I read across the board everything that narrative literature has to offer: entertaining, thought-provoking, and satirical.

Otherwise, I like to ride my e-bike to the green in Aachen, take photos and write for my blog.