How useful is the use of science

"We cannot maintain our way of learning through trial and error," said Ortwin Renn recently in Stuttgart, "because the error would be too expensive." That is obvious with climate change, as is the case with nuclear energy. But social developments can also be simulated on the computer, so that, for example, the effect of new measures can be assessed in advance. Renn cited the possibility of modeling the consequences of increasing social inequality as an example.

Renn heads the Institute for Advanced Sustainability Studies (IASS) in Potsdam, but spoke as chairman of a new committee in Stuttgart: The High-Performance Computing Center (HLRS) at the University of Stuttgart has founded a socio-political advisory board - a rare, perhaps even unique, experiment. Once a year they want to discuss with representatives of the public which questions should be answered with supercomputers, explained HLRS boss Michael Resch. “We want to turn the powerful simulation tool into a productive tool.” The advisory board includes a journalist, a teacher, a representative of an art association, a youth judge and a representative of the Stuttgart adult education center.

Does social influence affect the freedom of research?

The example shows that not only do business and politics try to impose their topics on science, but that science itself is looking for topics that are relevant outside of science. Aligning the research agenda more closely than before with societal interests is, however, not without controversy. Peter Strohschneider, President of the German Research Foundation, has described this approach as "breaking boundaries": The scientification of society is suddenly becoming a socialization of science, he complained.

Straw cutter sees some risks. For example, he asks whether scientists should be held liable for poor solutions to societal problems. And he doubts that science can speak with one voice in politically contested areas: "With the social conflict charging of problems [energy transition, financial market regulation, pre-implantation diagnostics and so on], the diversity of science is growing," he writes.

Uwe Schneidewind, President of the Wuppertal Institute for Climate, Environment and Energy, defends the concept: It should not replace science, but give it a third mission - in addition to basic research and promoting innovation, addressing societal challenges. In addition, a science that opens up to society will be less susceptible to external influence: "Where economic exploitation interests dominate today, exploitation claims pluralize."

Do the scientists regulate themselves?

From a philosophical point of view, these different ways of setting the research agenda are not fundamentally excluded. They do not automatically contradict the freedom of research, says Torsten Wilholt from the University of Hanover. He examined how freedom of research is established. An important argument refers to the social benefits of research and says: The

The greatest benefit is when you let the scientists do the work. In this sense, the freedom of the individual researchers to decide for themselves which topics to devote themselves to and which methods to use serves at the end of society: Because scientists are looking for the most favorable ways to fame, they try out and criticize different methods each other - and this increases the likelihood that the research community will come to useful knowledge. 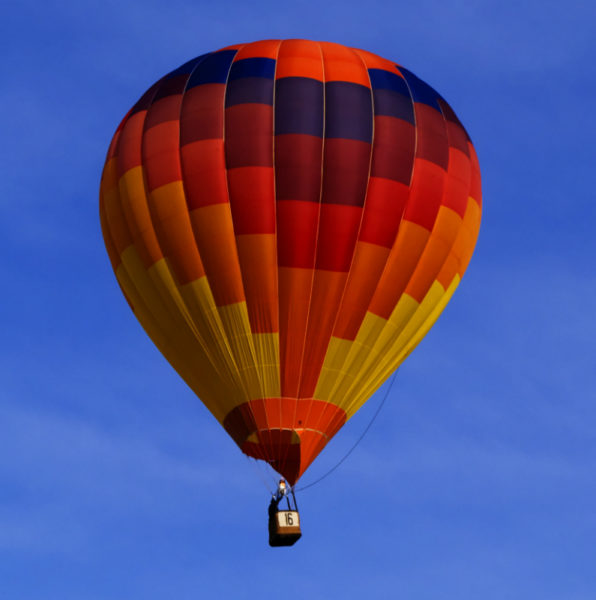 Research independenceAll articles on the focus
However, this justification for freedom of research does not give scientists unlimited freedom to choose their topics and methods, because this choice is subject to the reservation that society is interested in the scientific findings. In his book “The Freedom of Research” Wilholt writes: “The epistemological arguments do not make it necessary that ... the basic lines of the research agenda ... are set by academic self-administration.” Conversely, citizens could participate in the research agenda - as was the case with a majority the citizen in the “Science Barometer” survey calls for - even strengthening the freedom of research. In this way, the findings would be socially desirable in a clearer way and scientists could be given the freedom to achieve them in the best possible way.

Does freedom of research only work in combination with openness and pluralism?

Another form of freedom of research, on the other hand, protects citizens from being exposed to false information. The powerful of the country - the government, companies and lobby groups - should not be allowed to spread their view of things without having to fear scientifically founded contradiction. This political variant of the freedom of research strengthens the voice of science in the public debate and is intended to enable citizens to form an informed opinion. It allows the scientific community to publish its findings free from repression. For example, it shouldn't fear that government spending on research will fall if it preaches inconvenient truths.

Wilholt emphasizes that this freedom of research only fulfills its purpose if research is going well - i.e. if professional competition leads to critical exchange within science. In his words: “The openness and pluralism of the sciences will always be at least as valuable as their freedom.” However, it is doubtful whether this condition is consistently fulfilled, because competition has intensified in a problematic manner. The website of the “March for Science” criticizes that the increasing number of funding applications leads to “many (even very good) ones being rejected and the large amount of time and work invested by highly qualified people wasting away”.

Do upper limits help against the flood of publications?

In addition, the organizers of the “March for Science” point out the pressure to publish as much as possible in specialist journals - “which easily tempts people to publish preliminary results or to split their results over several publications”. It is now estimated that more than two million specialist articles appear every year. The crowd can hardly be overlooked, even within a subject area. And because, in addition to the pressure to publish, there is also the obligation to receive the state of research and to cite all relevant articles, bad research could lead to further bad research, warns the political scientist Daniel Sarewitz.

The need is so great that a few months ago the science magazine “Nature” even published a surprising suggestion by the medical ethicist Brian Martinson: If scientists were only allowed to publish a certain number of words in specialist journals in the course of their careers, they would think twice about each publication . And to work as a reviewer, Martinson advertises, would be more pleasant and less annoying because the specialist articles would be better - and there would be less to read overall.