Who gets knowledge from heaven

Shooting stars surrounds a mystical image; it is said, for example, that they can make wishes come true. Even those who do not believe in it are usually happy when they see a falling star. But where do the heavenly bodies actually come from? How far are you from us? And how did they come about? Prof. Dr. Rolf Chini from the RUB Astronomical Institute has the answers.

1. How fast are shooting stars?

The shooting star spectacle will reach its climax from August 12th to 13th, 2017 between 2 a.m. and 4 a.m. They come from the direction of the constellation Perseus and therefore bear the name Perseids. Observers should look for the darkest possible spot far away from artificial light and direct their gaze to the east.

2. What are shooting stars made of?

Some falling stars are made of stone, others are made of metal, and some are a mixture of both. Their exact chemical composition depends on their origin. Most are fragments of asteroids, i.e. small celestial bodies that drift in space between Mars and Jupiter. The Perseid Current, which crosses the earth in July or August each year, is the remnant of a comet that has disintegrated.

3. Why do shooting stars shine?

Shooting stars shine because of the friction that arises when they flit through the Earth's atmosphere. The particles heat up and burn up before they reach the surface of the earth. At the same time, however, the air also warms up and is ionized along the path of the shooting stars. So there is a charged gas in their environment. When the charged air particles return to their neutral state, a glow similar to lightning occurs.

4. Do all the falling stars in the atmosphere burn up?

Shooting stars that emerged from comets usually burn up completely when they enter the earth's atmosphere. They don't hit the ground as a chunk. However, it could be that they leave tiny traces on the ground: dust particles smaller than a tenth of a millimeter that can be found on snow surfaces or in rain gutters. Shooting stars that are descended from asteroids can sometimes arrive on the ground as more or less large lumps.

5. How many shooting stars are there? 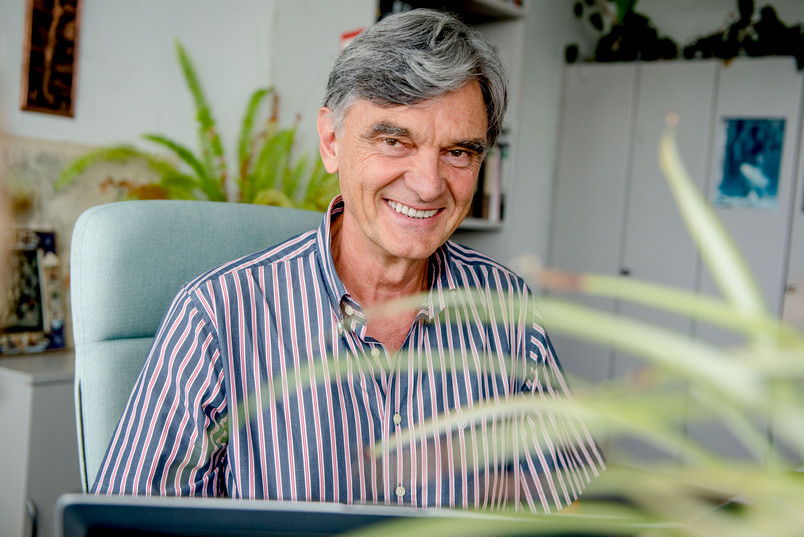 Rolf Chini was already enthusiastic about astronomy as a child and turned the hobby into a profession.
© RUB, Marquard

6. Do the falling stars wear out over time?

Streams of falling stars become weaker over time. Because when the earth crosses its orbit, many of them burn up in the atmosphere. Even without the influence of the earth, the particle cloud thins out over time, for example due to the gravity of other celestial bodies. However, the effect is difficult to measure in numbers.

7. How far are shooting stars from us?

Shooting stars begin to shine at a height of about 80 kilometers above the ground. The heavier the glowing particle, the longer the glow lasts.