Phion structured water is a scam

The terms Water revitalization, Water activation and Water vitalization describe various esoterically inspired processes with which one can change conventional water in a way that has not been explained plausibly in such a way that after consumption it should lead to an improvement in the state of health, the mood or other benefits for the consumer. Corresponding products are put into circulation under different names. Many providers state that this "energizes" the water in the sense of a revitalization. There are no serious, neutral indications for the effectiveness of the methods used by the manufacturers. None of the claimed effects on water has ever been scientifically proven. 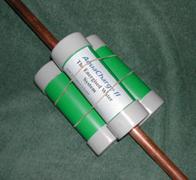 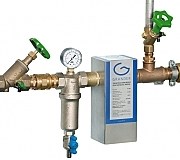 In some places it is claimed that the product in question gains in (albeit not measurable) "bioenergy" or "energy potential". Individual water clusters would "dance" after being revitalized and their "cluster structure" would shrink. Corresponding water products would also "reach the cells" more quickly, "detoxification processes" that were not explained in detail would accelerate, and in addition, the consumer's states of fatigue and concentration disorders would decrease.

The Austrian physicist Herbert Klima is quoted as saying that research by him at the Atomic Institute in Vienna would show that measurable changes actually occur in methods of water revitalization. With the help of spectrophotometry, Klima has provided direct evidence that the water structure is significantly influenced by a water-revitalizing treatment. From a physical point of view, the water is not the same before and after what is known as water turbulence, even if there is no chemical difference.

Consumer advocates and scientists have pointed out the ineffectiveness several times. Court rulings have also been issued for misleading consumers or for fraud. The sale of water treated in this way with health-related advertising is prohibited and would be illegal under pharmaceutical and food law in Germany if the alleged effects could actually be proven. The manufacturers would then first have to prove the harmlessness of the water. In Germany, water is considered a foodstuff for which no health-related advertising may be made according to the LFGB (Food and Feed Code).

A distinction must be made between such products and water that is distilled or purified by filter or reverse osmosis. For the treatment of tap water as normal drinking water, however, the use of corresponding systems, which are intensively advertised for home use, is controversial. Some manufacturers of filter and reverse osmosis devices also advertise with the esoteric and pseudoscientific arguments mentioned.

Corresponding products are offered with the terms revitalized, levitated, energized, vitalized, activated, formatted, structured, informed or harmonized water and under a large number of product names; the following list only contains a part of the products offered in the German-speaking area in recent years: