Antonov boss: Why there won't be a second Antonov An-225

The services of the Antonov An-225 are currently in greater demand than ever. Since it returned to the sky at the end of March after lengthy maintenance and modernization, the "Mrija" (German: dream) has been in constant use to fly medical supplies, especially protective masks, from China to all over the world. On each of these flights, the giant freighter transports around 1,000 cubic meters of cargo - more than any other transport aircraft on comparable missions. The German government also chartered the An-225 with the registration number UR-82060 at the end of April and ordered it to be fully packed with over ten million masks on board to Leipzig. Her most recent mission took the six-engine giant to Montreal, where she had to take a break for several days due to an engine failure. An An-74 brought a replacement from Kiev, and meanwhile the "Mrija" is back in the air. 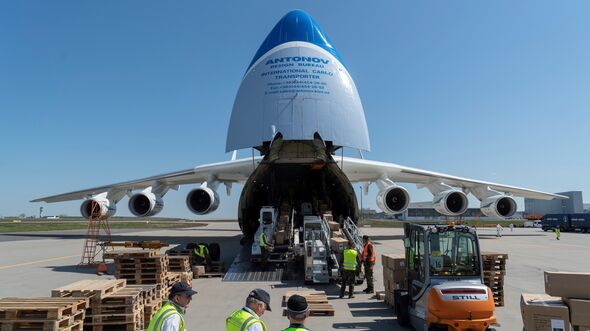 Leipzig / Halle Airport
On April 27, the An-225 brought 10.3 million protective masks from China to Leipzig. Coming from Tianjin, she stopped for gas in Alamty, Kazakhstan.

Second An-225 was never completed

The "Mrija" was known as a sore thumb long before its Corona World Torunee, and not only among aviation fans. What is less well known is that the only flying An-225 has an unfinished sister. Because actually the Soviet Union had commissioned the construction of two airplanes, which should alternately have been available for the transport of the space shuttle Buran. When the Soviet Union collapsed in the early 1990s, it also dragged the Buran program with it into the storm of history: it was discontinued in 1993. The first An-225, which took off on its maiden flight in 1988, was thus unemployed - and the second was never completed. In 1994 Ukraine stopped construction because of lack of money. Since then, the aircraft has been stored in the Antonov main plant in Gostomel at the gates of Kiev. A large part of the airframe is present, the fuselage including the landing gear almost completely apart from the bow door. The wings and tail unit have been waiting for assembly for around 30 years. In the past there have been repeated efforts to complete the construction and also to allow the second An-225 to take off. It has never happened before. Even Chinese investors, who expressed serious interest in 2016 and even discussed a license production of the sample, later refrained from the venture.

If Antonov boss Oleksandr Donets has his way, the second An-225 will probably never get beyond the shell status. Donets told the English-language newspaper Kyiv Post that the completion of the second "Mrija" was simply not economically justifiable. Although the second aircraft is a good 70 percent ready, it still has to be completely redesigned in order to adapt it to the current conditions and standards. That is extremely expensive: "According to estimates from 2012, when our relations with Russia were still good, the construction costs have so far reached almost 460 million dollars," said Donets. If the aircraft were to be redesigned with more modern components, this would drive the costs even higher. The "Mrija" could never recover these expenses during ongoing operations. At least not if, like the first An-225, they were rented out for commercial freight transport. 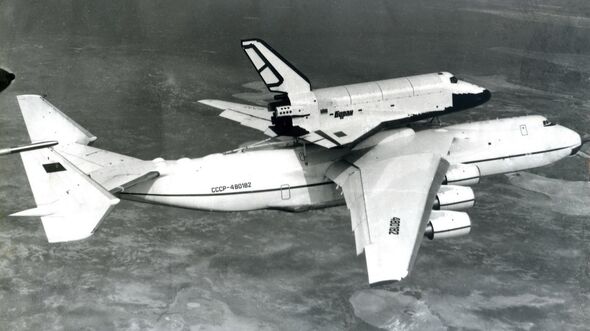 Vasiliy Koba (CC BY-SA 4.0)
The original purpose of the An-225 was to transport the Soviet space shuttle Buran. From 1989 the "Mrija" started several test flights with the Buran on her back.

Just a meaningful use

The "Mrija" is nowhere near as contracted as the smaller An-124, emphasizes Donets. A job using the An-225 would cost at least one million US dollars. According to Donets, the six-jet engine has an average of around 20 flights a year - and even if there are likely to be significantly more this year due to the corona pandemic, the Antonov boss knows about the difficulties associated with using the "Mrija" as a freighter are: "The aircraft was specially designed for the transport of the Buran and not for humanitarian cargo - that is, for space missions. That was something the Soviet Union could afford." The An-225 can only be used to a limited extent for commercial freight transport, however, as it is too large and too expensive for most orders: the An-225 cannot operate at all at many airports because of its dimensions. The completion of the second "Mrija" would therefore only make sense for Oleksandr Donets in one single scenario: if it were used for space programs in accordance with its original purpose.