Who is Wen Jiabao

The book by the Chinese writer Yu Jie entitled "Wen Jiabao - China's Best Actor" was published in Hong Kong in 2010. The book is banned on the mainland. The central thesis is: China's Prime Minister Wen Jiabao is not a philanthropic reformer, but a populist autocrat. Wen Jiabao's carefully embossed image of the common people's advocate and the clean statesman could now get further cracks. Last week, the New York Times published a report on Wen Jiabao’s family’s financial situation. According to the newspaper's research, the clan's wealth adds up to around 2.1 billion euros. The complicated business relationships of the family members were broken down in an elaborate graphic. 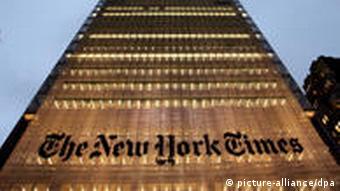 As the first Chinese reaction, the Chinese-language website of the "New York Times", which was only launched in June, was blocked, as was the English edition, and all comments and discussions on the Internet on the subject were deleted. The second reaction: two Wen family lawyers released a statement from the Wen family. It states, among other things, that the "hidden riches" mentioned in the article do not exist, that substantial parts of the report were made up, and Wen Jiabao did not favor his family members in any way.

Official data as a source

According to its own information, the "New York Times" did not rely on dubious informers, but on public sources. The report's author, David Barboza, describes in a separate article how information was gathered from local offices of the State Industrial and Trade Administration in Beijing, Shanghai, Shenzhen and other cities. Accordingly, the "New York Times" began extensive research at the end of last year. In the process, a network of friends and relatives became visible that had become extremely rich in the last ten years, i.e. during Wen's tenure. 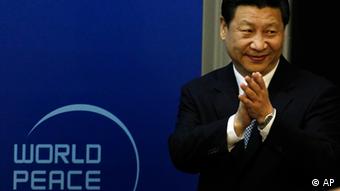 The financial circumstances of the future No. 1 Xi Jinping have also been analyzed, to the displeasure of Beijing.

In a similar way, the media company Bloomberg had already examined Xi Jinping in June - the man who will presumably be named party leader at the upcoming 18th party congress. Bloomberg calculated a fortune of around 300 million euros for the family of China's future most powerful man. The immediate result: Bloomberg has been banned in China.

Enrichment of the elite

Such revelations are always disruptive to China's rulers. Now, shortly before the change in leadership planned for early November, the report on the alleged wealth of the Wen family comes extremely inconvenient for the party leadership. Hardly anything excites the Chinese population as much as reports of the excessive enrichment of the political elite. A poll published in mid-October by the "Pew Global Attitudes China Project" showed that a growing number of citizens in China are concerned about the rampant corruption and growing inequality in so-called "socialism with Chinese characteristics".

And especially in the year of the transfer of power, reports of abuse of power, corruption and nepotism increase. In particular, the scandal surrounding the overthrow of the party leader in China's largest city, Chongqing, Bo Xilai, caused a lot of undesirable dust. It was not just about the murder of the British Neill Heywood, for whom Bo Xilais' wife was sentenced to death in August, with a two-year delay. It was also about gigantic assets that illegally flowed abroad.

Luxury life of the functionaries' children 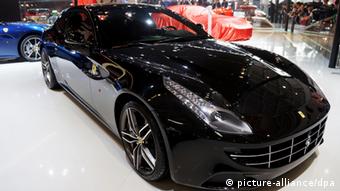 A car accident, of all things, threw an undesirable light on the lifestyle of senior executives and their family members: In March, the Xinhua news agency initially reported very narrowly on a night accident on a Beijing city highway. A young man, not named at the time, had an accident in a Ferrari, with two young women on board. Gradually it was leaked that the victim was the son of Ling Jihua, a close confidante of the current head of state and party leader Hu Jintao. The two women are said to have only been lightly dressed. Ling Jihua was transferred to a lower post six months later. His rise to the Politburo, believed to be certain, has failed. Search queries with the term Ferrari on the Internet are blocked.

The party wants to prevent the population from getting the impression that nothing has changed in China in the last 2,000 years. Legend has it that in the 2nd century BC, after many attempts, Prince Liu An finally succeeded in producing the elixir of immortality. After he had drunk from it and ascended to heaven, the dogs and chickens from his household are said to have nibbled on the remains and also became immortal. Since then, the saying goes in China: When someone becomes immortal, even their dogs and chickens go to heaven. The Wen Jiabao Clan Fortune Report appears to confirm that at least heaven for financial wealth is open to those in power in China.