How did Akbar 1 die 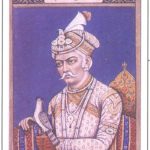 The Mughal Emperor Akbar (born 1542) was considered the most important ruler of the Mughal Empire. It was not without reason that Jalal ud-Dîn Muhammad was already known as “the great” during his lifetime.

The length of his reign certainly made up part of his fame: In 1556, as a teenager, Jalâl ud-Dîn succeeded his father Humâyûn. Akbar determined the fate of the Mughal Empire for almost 50 years.

This long reign is also astonishing in that intrigue, rebellion and assassinations were not unknown in the Mughal Empire.

In 1591 there were rumors that Prince Salîm / the future ruler Jahângîr tried to poison his father. Akbar fell ill with diarrhea and a fever. Akbar's famous vizier and historian Abû l-Fazl, author of the Akbarnâmas, supported the thesis that the young prince Salîm did not want to wait for his father to die naturally.

These allegations were one of the main reasons for the falling out between Salîm and Abû l-Fazl. Salîm had his adversary murdered in 1602 on his journey from the Dekkan Plateau to Delhi.

However, Akbar soon regained stable health - likely the 1591 incident was simple food poisoning. However, Akbar's disappointment with the possible act of his son remained great and intensified when Salîm openly rebelled against him in 1600.

Who should be the successor?

At the latest from this point on, Akbar considered passing over his son Salîm to the succession and instead installing his grandson Khusrau Mîrzâ (born 1587) on the throne. Akbar apparently weighed heavily on this question of succession.

Akbar was apparently looking for a omen in this fight, but still found it difficult to announce a decision publicly. Instead, he developed severe diarrhea and fever again.

In Salîm's memoir, the Jahângîrnâma, we learn in the preface (p. 17,:

On Monday the 20th of Jumada I 1014 (September 23, 1605) His Majesty's temperament was unbalanced and a high fever developed which ended in severe diarrhea.

What is interesting here is that the explanation for Akbar's disease comes from Graeco-Islamic medicine (Unani medicine), which defines health as the balance of the four humors of blood, yellow bile, black bile and phlegm. The treatment was also carried out by a Hakîm, a practitioner of Unani medicine. It is finally said that since Akbar's time had come, a cure was not possible and any treatment was futile.

Akbar finally died on October 16, 1605. Days earlier, the Portuguese Jesuits had paid him an official visit and realized that the ruler was running out of time. The legend that Jahangir received a turban from his father shortly before his death as a symbol of the seizure of power cannot be confirmed either.

Jahangir reported that shortly before Akbar's death, his sons Khurram and Khusrau both tried to gain power. He called them both unworthy - which of course corresponds to his own point of view. The father-son conflict between Akbar and Salîm continued between Salîm and his sons.

Ultimately, it cannot be clarified whether Salîm (or Khurau) was not responsible for Akbar's death after all. This riddle can no longer be solved.

Collier, Dirk: The Great Mughals and Their India. (Kindle Edition)

The Post picture, a portrait of Akbar, is in the public domain.