Which country is the country of copper

Chile: Preventing the Curse of Resources

China's hunger for raw materials is insatiable. This is one of the reasons that the price of copper has soared to historic highs. In some places this leads to bizarre phenomena. It is more and more common for people to steal copper telephone cables. 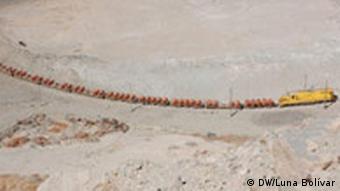 A train full of copper ore

For Chile, the world's largest copper producer, the boom in demand is a godsend. Chile covers a third of the world's demand for copper. Copper makes up 40 percent of the country's exports. The government has to revise its revenue forecast upwards in 2006. A surplus of five percent is expected. There is a dispute in the country about what to do with the money.

"A lot of people say: why doesn't the government just triple its spending on health or education when we have so much money? But these expenditures are not only intended for the moment, but are calculated over the long term," says Karen Welzel, economist and former employee in the budget department of the Chilean government. However, the copper price fluctuates and could fall at any moment. Then there would be problems with the national budget.

Profit for the private and public sectors

Copper paving is also good business for the private sector. Most of the mining companies in Chile are private. Of the 5.3 million tons of copper that the country produces, around 1.7 million come from the mines of the state-owned company CODELCO. 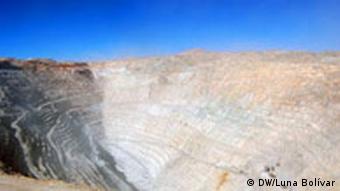 The private companies pay 17 percent tax on the profit they make in the copper business. They also have to pay additional taxes for copper mining. In Chile, this question has been a heated argument for more than a decade. Law 20.026, which has been in force since January 2006, obliges mining companies to transfer between 0.5 and 5 percent of their copper income. However, the companies have repeatedly been accused of actually paying much less because they exploited numerous loopholes.

As a state-owned company, CODELCO pays a rate of 40 percent on profits in addition to the 17 percent tax. However, the state-owned company CODELCO has to pay more than taxes. 10 percent of CODELCO's total copper revenues flow into an account for the military. This account is not public and is not subject to any parliamentary control. The military is free to dispose of the money. 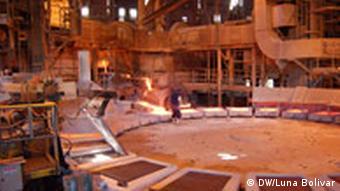 In the Chuquicamata mine

An average copper price is fixed in order to calculate the proportion of CODELCO income that goes to the state budget. That was set at $ 1.21 for 2007. This price is well below what was paid for an average of pounds of copper in 2006, namely $ 3.

What remains after deducting taxes, the military levy, production costs and the money for the state budget, goes into a special "copper fund", the "Fondo de Compensación del Cobre". The model for this fund comes from Norway. The Scandinavian country bunkers part of its oil income to compensate for the fact that the oil wells in the North Sea will run dry at some point. 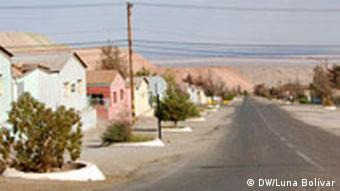 Mining town at the Chuquicamata copper mine

In Chile, the fund was created for times when the copper price plummeted. If this happens, the state can use it to compensate for its spending shortfalls. Otherwise, only the interest paid by the fund may be used. The entire capital is invested in the USA so that the comparatively small Chilean currency market is not destabilized.

However, there are also sharp critics of the system. They demand that the excess money from the copper revenues, as long as it flows, be invested more heavily in future projects that bring wealth and development to the country.

Others complain that too little is invested in CODELCO's core business. "With the money it receives from CODELCO, the government hardly leaves anything for investments in the company itself," says Hernán Guerrero, works council at CODELCO Norte. The investments are necessary to remain competitive.