Which solar eclipse made Einstein popular

May 29, 1919: Something happens in the sky over West Africa: the moon moves in front of the sun and darkens it - a solar eclipse. Such an eclipse is a fascinating spectacle, but not that rare either. Nevertheless, this darkness is causing tense anticipation across almost the entire world. The reason: This darkening of the sun could provide decisive evidence for Einstein's general theory of relativity. 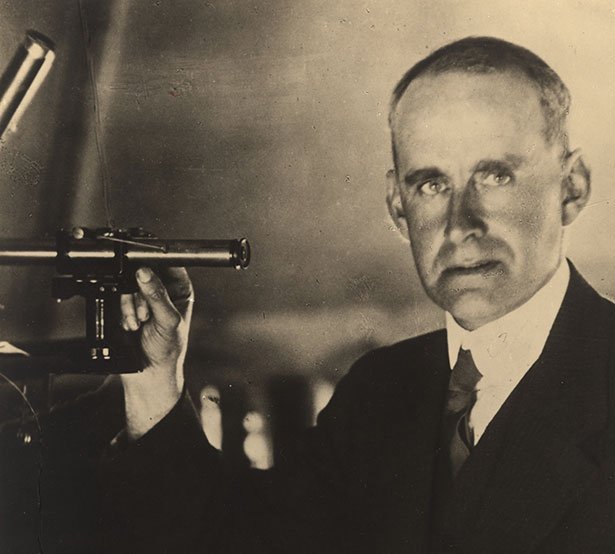 According to Einstein's theory, large masses bend space-time and, as a result, even the light in the vicinity of such a body is deflected. Applied to the sky, this means: If the light of distant stars shines close to the sun, then the sun's gravity should change its orbit slightly. The apparent position of the stars would appear distorted.

Unfortunately, this cannot be proven under normal circumstances because the sun outshines every star, no matter how bright it is. This is why the solar eclipse comes into play here: While the moon is covering the bright disk of the sun, it becomes just dark enough to be able to see nearby stars. If you compare their position with that at a point in time when the sun is far away from you, you can determine whether there is a distortion due to the solar gravity. 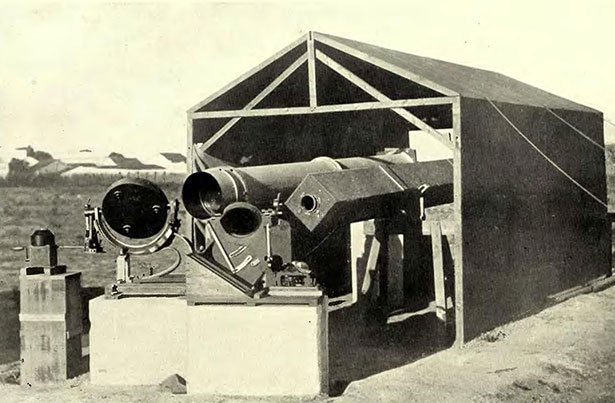 Optical instruments for observing the solar eclipse in May 1919 in Sobral. © C. Davidson / historical

The British astronomer Arthur Eddington and his team wanted to test exactly this effect on May 29, 1919. Via detours he found out about Einstein's new theory of gravity and its effects on light - because in 1915 Germany and England were still at war. Eddington enthusiastically studies sky maps and finds out that the sun will be close to the highly visible star cluster of the Hyades during its eclipse.

However: as long as the First World War lasts, the astronomer hardly has a chance of getting the specialized telescopes that he needs for observation. Time is running out. When the war ended in November 1918, everything had to happen very quickly. But Eddington is lucky: in February 1919, he and his team were able to set off by ship to Principe, a small island in the Gulf of Guinea. A second team will embark for Sobral in Brazil to carry out the measurements from there.

When the decisive moment finally arrives, everything threatens to fail at the last minute: the sky over Principe is cloudy and in Sobral the large temperature difference between day and night has distorted the optics. Nevertheless, both teams manage to take a few pictures of the sky around the sun. Back in Great Britain, the astronomers are now preparing to analyze their data. 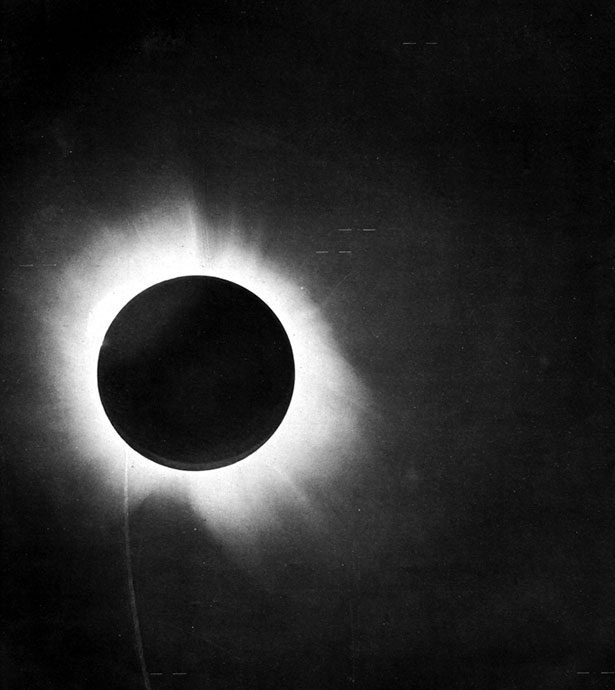 Eddington took this picture during the solar eclipse on May 29, 1919. The positions of some stars are faint. © historical

On November 6, 1919, the time had finally come: Eddington and his colleagues published the results of their measurements. And indeed: The team from Sobral comes to a position shift of 1.98 arcseconds, Eddington measured a distortion of 1.61 arcseconds in Principe. Both are less than two standard deviations from Einstein's calculated value of 1.74. This confirms his theory.

The news of the proof of general relativity goes around the world - and makes Einstein a star almost overnight. The London Times headlined the next day: "Revolution in Science - New Theory of the Universe". And in other countries, too, Einstein's likeness now adorns the front pages of newspapers, popular scientific texts appear that explain the importance of the new theory for the physical worldview.