Have you read Throne Of Glass?

From a strong female figure who doesn't work

I like fantasy, I like strong female characters. Since, as an author, I also like to work in the fantastic genre, it is always thought to be a good idea to give me readings from the relevant fields. That's how it should be. So I often read things that I probably wouldn't have reached automatically myself. Such a case is also “Throne of Glass” by Sarah J. Maas. 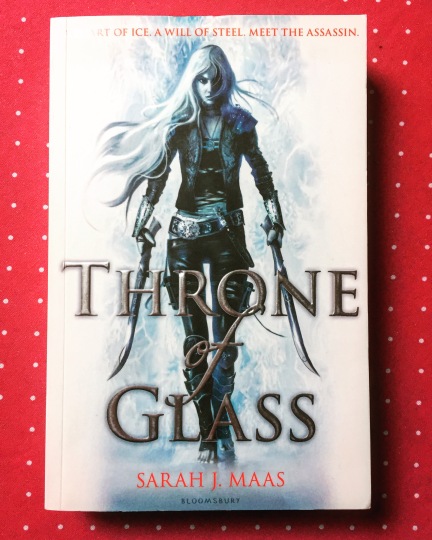 The novel was given to me in 2013 - in the original English edition. Since I had set myself the goal of reading at least one book in English this year, it was only right that I discovered it on my pile of unread books. I had heard beforehand that readers particularly praised the main character, the assassin Celaena Sardothien. She is a strong female heroine, a character that fantasy literature could use more often. I started reading it with the right expectations. I should be very disappointed.

Because Celaena is a young warrior, the best of her trade, but she can hardly show her skills in this novel. She has to compete with other fighters, but little space is given to these exams in the book. After a promising introduction, the novel gets lost in depicting mainly how Celaena seems to fall in love with the prince and with the captain of the guard. Who should she give preference to? Whom can she give her affection to? Of course, it's also about old secrets and a few tests, but in essence all that's left is this love banter from the story, which, by the way, is anything but linguistically designed.

Yes, I am not the target audience for this novel. And it doesn't help that I've only just seen all of the Hunger Games films in quick succession in which Catniss Aberdeen is in a similar emotional quandary between two love interests. Only that this is much better motivated and resolved there than in “Throne of Glass” - also in the first volume of the trilogy about the Hunger Games. The author Sarah J. Maas has written six novels about the assassin. But since the start is not convincing, I will hardly read the next books about your oh-so-tough heroine.

In addition, the novel should-I-may-I-love-him passages lose a lot of speed and tension. Duels, intrigues and old secrets are interspersed over and over again - but these things would have been much better suited to developing the character, illustrating their abilities and making them grow with them. Again, the example of “Hunger Games” is used for this. Suzanne Collins shows how to do it right. As the finale, “Throne of Glass” then offers a final duel in which the protagonist cannot actively participate due to a restriction that I don't want to reveal here for spoiler reasons. The expectations fizzle out completely, as well as the hardly existing tension as to how things will end and continue.

Which is all a shame, because there would have been the potential to make something great out of the setting and the figure constellation. It may be that it succeeds in the later novels. But I'm no longer there as a reader.