What if I eat bird seed

The right food for different tastes

All seasoned and salted dishes are generally unsuitable as feed. Bread is also not recommended as it swells in birds' stomachs. In their diet, the birds are divided into two groups: the soft-feeders and the grain-eaters. 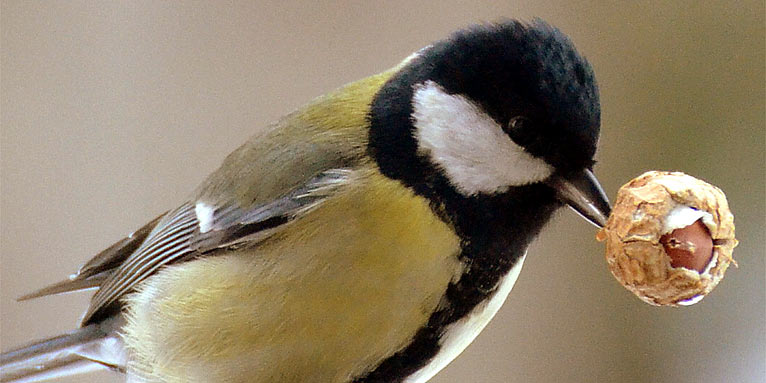 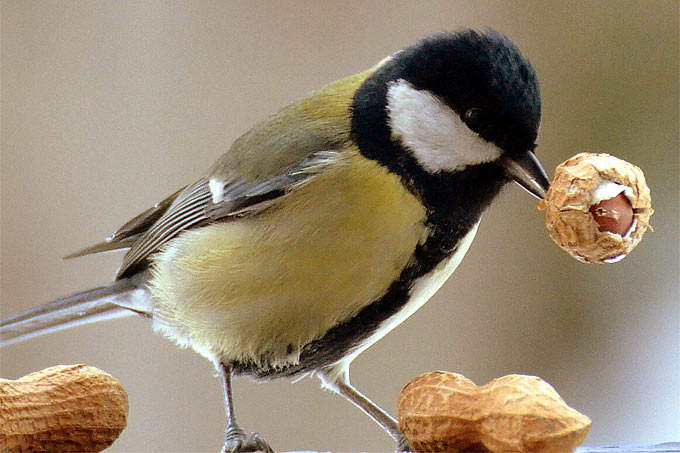 All seasoned and salted dishes (bacon, boiled potatoes) are generally unsuitable as feed. Bread is also not recommended as it swells in birds' stomachs. In their diet, the birds are divided into two groups: the soft-feeders and the grain-eaters.

Soft food eaters prefer to look for food on the ground. Pure soft-feed eaters are robins, dunnock, wren, blackbird and starling. They eat animal food or only very fine seeds. Coarse grain forage will not help you. So offer them oatmeal, poppy seeds, bran, raisins and fruit or the compound feed available in pet shops. A special treat are oatmeal soaked in hot oil.

The more flexible soft-eaters, the “omnivores” such as titmice, woodpeckers and nuthatches, switch to grains in winter and also accept sunflower seeds, hemp and poppy seeds.

The grain eaters include, for example, finches, sparrows and bunting. They are equipped with a powerful beak and eat sunflower seeds, hemp and other seeds from feed mixes.

For soft food and omnivores, fat-grain mixtures (tit dumplings, rings) are also suitable if they are easily accessible. Most pure soft feed eaters, however, prefer to consume these sebum mixtures in crumbs from the ground. The fat replaces the animal diet. Such fat-grain mixtures also have the advantage that the grains in a fat mixture are protected from moisture.

Basically, conventional feed mixes can hardly meet the diverse demands of domestic birds. The variety of food sources in a landscape untouched by humans cannot be achieved by any feed mixture. Nevertheless, one can put together feed mixes that are gladly accepted by a larger group of birds in times of need:

Grain mix
Seed mixtures consist of around two thirds of sunflower seeds and a quarter of hemp seeds. Both seeds are very rich in energy due to their high oil content. The rest should consist of oatmeal, chopped nuts and smaller seeds that are found in commercial canary and forest bird food.

Grain or soft feed fat mix
This mixture of grains and fat is commercially available as tit dumplings. You can also make these yourself: The basic material is unsalted beef or mutton tallow, which is available in slaughterhouses. This is heated - not too much above the melting point, otherwise it smells a lot. The addition of cooking oil in a ratio of 1: 5 prevents the fat from becoming too hard and crumbling. Then about twice the amount of grain mix is ​​added for the grain and omnivores. For those who eat soft food, a mix of sebum, wheat bran, berries and oat flakes is mixed in a ratio of 1: 1. The mixture is then formed into dumplings, sausages or filled into suitable fat feed dispensers. 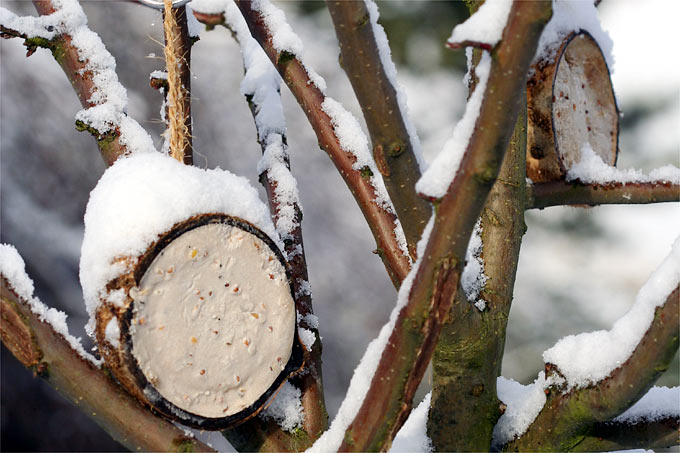 It can also be poured into flower pots or half coconut shells (see left). A branch is pulled through the bottom hole of the pot, at the lower end of which the flying birds can cling to. The branch should protrude about ten centimeters from the feeding bell at the bottom, and the retaining wire is attached to the upper end.

The finished feeding bell gets its place in a shady place so that the contents do not heat up too much on sunny winter days and then fall out. Instead of pouring bells or forming dumplings, it is also sufficient to simply spread the sebum on tree trunks. Since the sebum becomes rancid after a while, the feed should only be stored or fed for a limited period of time.

Formerly imported from North America, Ambrosia is now spreading further and further in Germany. Your pollen can cause severe allergies.

Ambrosia seeds are spread through bird seed, among other things. While in Germany the ministries of agriculture, the environment and health still have to reach an agreement, in Switzerland the law only allows a tolerance limit of 0.005 percent ragweed in feed. This equates to less than ten seeds per kilo.

Some types of birdseed are already below the limit value applicable in Switzerland in Germany. The example of Vivara shows that the problem is taken seriously and addressed by manufacturers. The manufacturer practices a method of cleaning the feed. Because the seeds weigh differently, the ambrosia seeds can be filtered out and reduced to less than 0.005 percent in the feed.

more on the subject

Do you have questions?