Why is natural gas cheaper than gasoline

Natural gas drive: is that the alternative to the electric car?

“Step on the gas!” Has been the motto for decades - but only a few really do it. The accelerator pedal is actually a gasoline or diesel pedal. That will change in the next few years, because fossil fuels are finite. Hopes also rest on natural gas propulsion. Volkswagen has now said goodbye to its natural gas car. 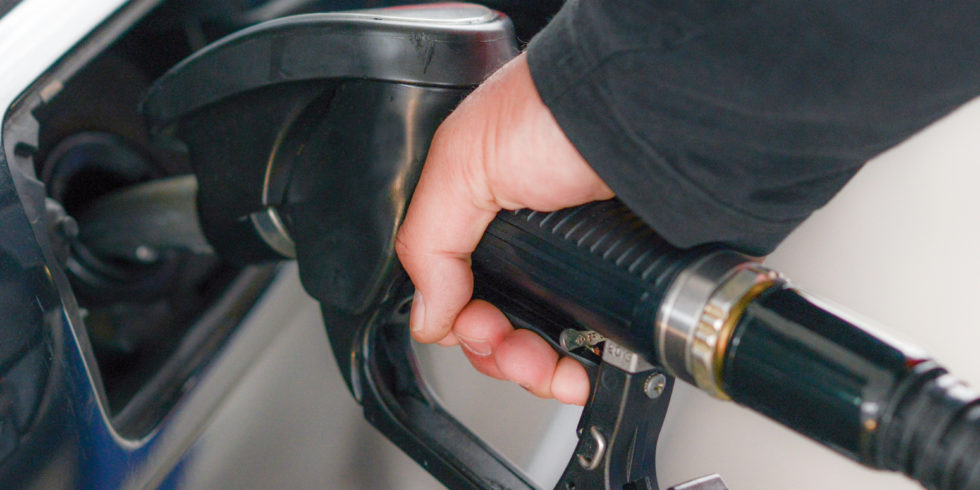 Why should one switch to another fossil fuel? Every now and then you can see a city bus with the natural gas label rolling through the streets. Outside of a larger city, however, the nearest petrol station is often uncertain. Opinions are always divided when it comes to security. Natural gas offers several advantages over traditional fuels and can easily keep up with current electric vehicles, both in terms of price and environmental technology. In view of the scarcity of raw materials, natural gas can also do something that gasoline and diesel cannot: The gaseous fuel can be produced artificially. However, Volkswagen is now announcing that it will refrain from using its natural gas vehicle. The group also only wants to develop hydrogen propulsion systems at a low level. How does this development come about?

The new Golf 8 started as a TGI pressurized gas model just like the VW Caddy. But these economical and clean cars will no longer have a successor. This was announced by a company spokesman. The reason for the stop in production is the low demand for natural gas cars. The Volkswagen Group was able to sell only 110,000 natural gas-powered cars worldwide in 2019. In Germany there were just 7,700 such cars from all manufacturers combined.

The VW emissions scandal sparked global outrage in 2015. The German car company is responsible for manipulations in the software of its diesel vehicles of the brands VW, Audi and Porsche, which have led to significantly higher emissions of nitrogen oxides than stated. Worldwide, the diesel affair affects around 11 million vehicles, in Germany alone it is said to be over 2 million.

The fact that neither politics nor the auto industry have found a consumer-friendly solution to date has resulted in general uncertainty. Many diesel owners wonder whether they are eligible for an exchange, conversion or a refund. The impending driving ban on diesel cars also increases the feeling of insecurity. The car manufacturers only offer a software update, which is said to have a negative impact on consumption. The manufacturers, as well as Federal Transport Minister Scheuer, have so far rejected a technical retrofitting. Diesel owners are therefore increasingly selling their vehicles or are looking for alternatives. Natural gas cars are increasingly coming to the fore. One reason is certainly the low price, which is on average around half that of gasoline and thus even beats the otherwise cheaper diesel fuel. Former diesel drivers don't just look at the price of fuel, they want a car that has less impact on the environment. The natural gas drive can also score here.

Like gasoline and diesel, natural gas is a fossil fuel and thus also blows CO2 into the environment. However, the CO2 emissions are significantly lower than with a gasoline-powered vehicle and the nitrogen oxides are around 90% less than with a comparable diesel vehicle. When it comes to fine dust, the natural gas drive scores with lower values ​​than with liquid fuels.

Difference between CNG and LPG

You still have to differentiate between two types of gas propulsion because they have completely different principles and effects on the environment. The fuel LPG is the Liquefied Petroleum Gas - a gas that is liquefied at room temperature and under low pressure and which is produced during oil refining. LPG is also used as a fuel gas for gas stoves and Bunsen burners, among other things.

Both gas fuels are burned in a conventional Otto engine. So if the gas should run out, the driver can always switch to diesel or gasoline for a short distance. Natural gas (CNG) is even cheaper in terms of price and environmentally cleaner than autogas (LPG). Also because the tax relief for LPG will no longer apply from 2019 and will continue to exist for CNG. And yet, natural gas is not nearly as widespread and successful as other fossil fuels.

Too few petrol stations and a bad image

There are several reasons for this. On the one hand, the filling station network in Germany is far too weak, which is why consumers are deterred even before they buy. Who wants to go on vacation and panic looking for the next gas station after 300 or 400 kilometers? Against this, however, speaks that every natural gas car also has an alternative type of drive such as. B. Gasoline has. In an emergency, you can still go several hundred kilometers and you don't have to do anything, because the changeover happens automatically in modern vehicles.

In addition to the gas station problem, there is a widespread fear of pressure tanks in society, as they are under very high pressure and at least contain highly flammable material. Horror scenarios with meter-high explosions are more material for Hollywood than for everyday reality. Such pressure vessels have long been secured several times with valves that enable controlled burning in the event of an accident. The ADAC has also thoroughly examined CNG cars as part of its crash tests and found that “the risk of fire in natural gas vehicles is not increased”. In the event of an accident, the test vehicles did not behave any differently than petrol or diesel models.

As clean as an electric car and synthetically produced

Politicians and most of the auto industry also rarely make natural gas an issue. They are currently concentrating primarily on the development and establishment of electric vehicles because, in the long term, they supposedly have better opportunities. Compared to electric drives, natural gas is an equal opponent in terms of the environment and sustainability. Because despite zero emissions, electric motors have the problem of obtaining electrical energy. A large part of the electrical energy still comes from lignite-fired power plants today and that will probably not change anytime soon. Because politics and industry have a financial interest in receiving this type of energy subsidy. The CO2 emissions from burning coal remain extremely high and therefore have the greatest impact on global warming. In the field of natural gas propulsion, on the other hand, test systems are already being tested in which artificial natural gas - which, like natural gas, consists of methane - is used. If these tests are positive in the next few years, the so-called e-gas could be produced synthetically from electricity, CO2 and hydrogen. Then natural gas would be far superior to many fuels in terms of sustainability.

Natural gas - forever in the niche?

So does natural gas have a real chance or will it remain a niche product for car drivers keen to experiment? Many automobile manufacturers see the advantages of fuel and want to promote natural gas more in the future. How and whether VW can actually implement this remains to be seen. A real alternative to the electric motor, and currently especially to the diesel, is the natural gas drive already now.